As defined by the diode formula IF?I0xexp(eVF/kT), the voltage across the diode rises as the logarithmic current flows. Where IF is the forward current, IO is the reverse saturation current, e is the charge (1.602Ã—10-19 C), VF is the forward voltage, T is the temperature (K), and k is the Boltzmann constant (1.380Ã—10-23) J/K).
According to our purpose, we can extract the following formula:
VFâˆlogIF (at a given temperature)
Shunt Diodes <br> Now, let's look at a diode with a measuring instrument. At very low currents, it indicates the milliampere (mA) level current flowing through the meter instead of the diode; at high currents, it shows the voltage across the diode and the resulting logarithm of the current (the diode Imagine a self-adjusting shunt). So the bottom of the meter scale is quite linear, the top has enough logarithmic properties, and the middle is the transition phase, so the entire range is very useful.
As shown in Figure 1, a Schottky rectifier, a 100Î¼A/1.7kÎ© meter, and a suitable series resistor can be used to monitor current from 10Î¼A to over 100mA in a single range, which is limited to the pendulum of the meter. speed.

Simplifying current monitoring by placing a suitable diode in series with the negative terminal of the power supply. Figure 1. A Schottky rectifier, a 100Î¼A/1.7kÎ© meter, and a suitable series resistor.
This simple circuit often has more problems than the number of components! In addition to the need for a highly accurate calibration process, this circuit has two major drawbacks: series voltage drop and temperature stability. The diode's voltage drop is as high as 400mV, so it's best to use a new or fully charged battery for monitoring, otherwise your UUT may indicate low battery. Or imagine this circuit as a convenient low-voltage detection test circuit, so perhaps add a short-circuit switch.
Adding additional diodes <br> At the bottom of the scale, almost all current flows through the meter, limited by the mechanical and magnetic temperature coefficients of the meter's measuring mechanism, and the measured temperature coefficient is very low. But at higher currents, we see a voltage drop across the diode, which, of course, drops at a rate of about 2mV/K, as predicted by the diode equation. This not only affects the slope of the logarithm (low of logarithm), but also the linear to logarithmic transition point. In addition, the meter windings account for a large portion of the total series resistance, and the TCR of copper at room temperature is 3930 ppm/K. Figure 2 shows the deviation versus current for 1N5817 at 0Â°C, 25Â°C, and 50Â°C. These curves take into account the TCR of the measurement circuit and the temperature coefficient of the diode, but ignore any self-heating effects of the latter and are more stable. There are no problems under the temperature conditions. 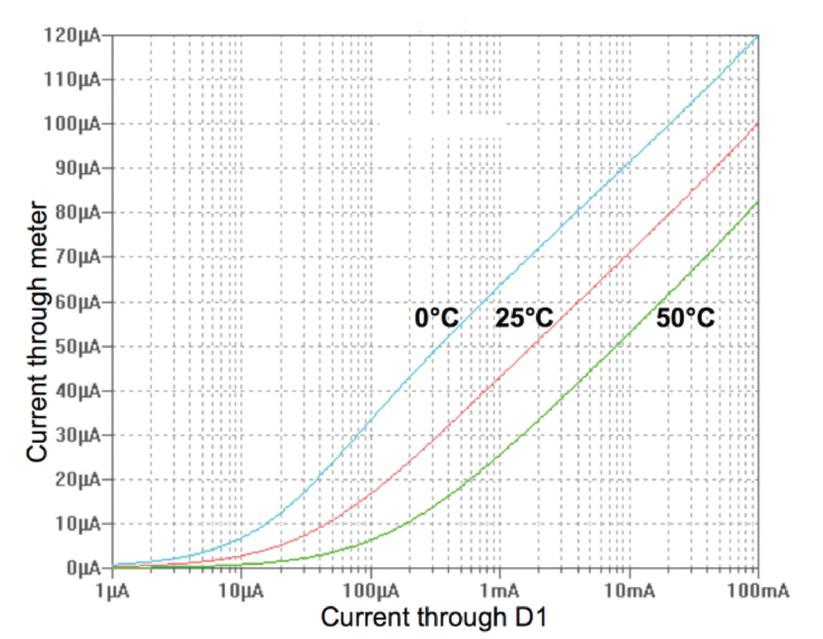 Figure 2 Deviation and current curves.
The self-heating mainly present in D1 is actually no problem. Assuming that the current flowing is 100 mA, the voltage drop across D1 is 400 mV: that is 40 mW. According to the data sheet, the basic thermal resistance of D0-41 1N5815 with a slightly longer pin and a large amount of heat-dissipating copper is 50K/W. Taking these data together, the temperature rise of the junction at 100 mA is only 2Â°, which is equivalent to a VF reduction of about 4 mV, or about 1% error at full scale. Try to keep the diodes short and have a high thermal mass. Note that there may be high transient currents during turn-on because these can cause errors until the junction temperature cools down again. 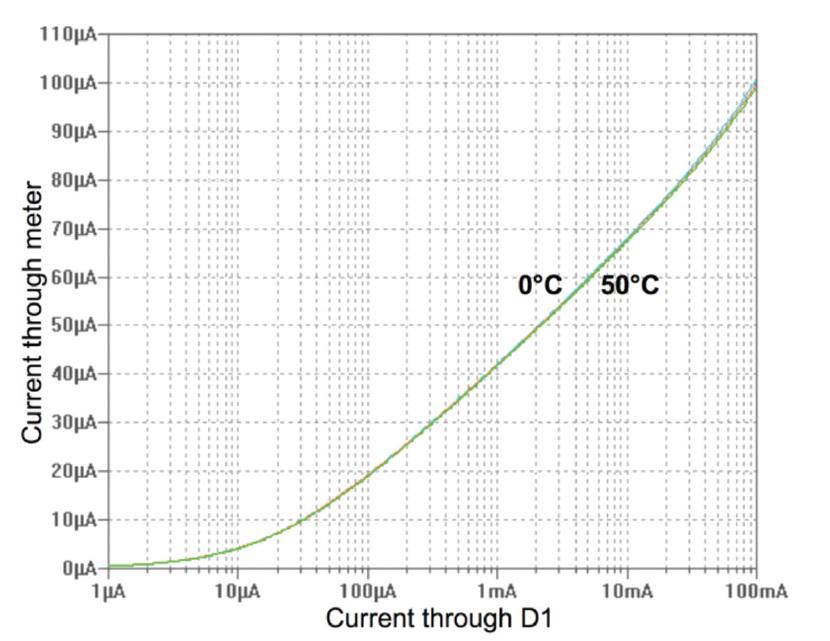 Figure 3 adds an additional diode in series with the meter measurement circuit, which is an improved version of the offset temperature coefficient; Figure 4 shows the curve for this circuit. Note that most of the curve is now in logarithmic form, and that extra diode effectively suppresses the initial linear region. However, the choice of this diode is critical because the forward voltage of D2 should be slightly lower than D1, but other characteristics should match, which is a bit confusing.
Simplified current monitoring can be achieved by placing a suitable diode in series with the negative terminal of the power supply. Figure 3. An improved version of the diode. 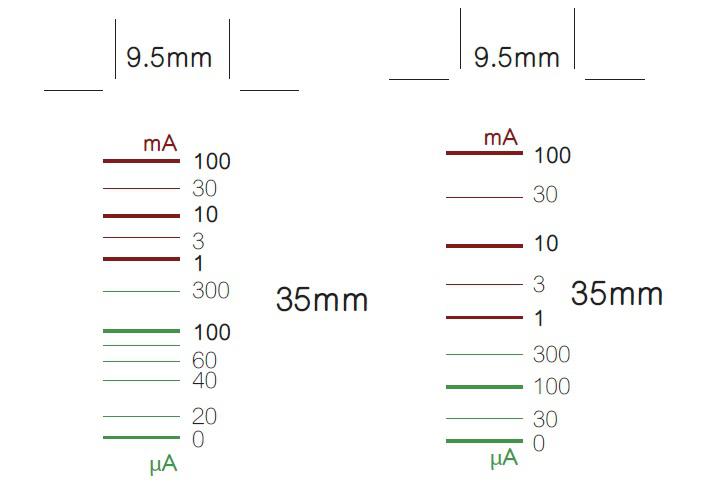 Simplifying the current monitoring by connecting a suitable diode in series with the negative terminal of the power supply. Figure 4 shows the deviation and current curve after a diode.
LTspice plays the role of LTspice to save us! I was fortunate to have a combination of D1 with 10MQ060N and D2 with BAT54 - this is the first pair of components I simulated. Both are cheap and modeled by LTspice and are therefore the recommended components. A pair of 10MQ060N works almost identically (but a pair of BAT54 is inconsistent). The combination with other components will show worse temperature changes and strange indications most of the time, so model the circuit before building the circuit. If the sensitivity and resistance of the meter are appropriate, R1 can be omitted. The thermal performance of D1 and D2 should be the same so that they can track the change in temperature with each other.
Silicon PN junction diodes generally have a very linear (log IF)/VF relationship, and Schottky's straight lines are not straight. This is because their structure itself has a high series resistance, the relationship between the two is closer to linear rather than logarithmic at very low currents, and there is also a guard ring to control the PN diode that can be formed in parallel with the Schottky junction. The potential gradient softens the curve at high currents, so in actual use, the exact logarithm law changes with current and component type.
Although for the first version, a used diode may be fine, given the inevitable inaccuracy of this circuit, the dual diode design still needs to be carefully selected. Schottky diodes provide more background.
Because I have a box of cheap 100Î¼A/1700Î© indicators that I used to stay, just fit the 35mm x 14mm aperture, so I use them. These types of indicators are common, very tightly connected, and very practical, and their construction, linearity, and consistency between units are also good.
The calibration points used in Figure 5 were generated by arranging a series of combinations of monitors, batteries, fixed and variable resistors, and DMMs. Existing test scales are marked at the appropriate points, then eliminated and scanned, and the scan is used as a template for the final layout. The simulation results were used to generate the reference points of Figure 5 (left) and the results were well reflected in the implementation, albeit with poor instrumentation. These scales save time, but are not as accurate as their new ones (obviously these measurement structures require different scales), and adjustments to R1 can be fine-tuned (measured by Â±20%), both scales take into account the non-measurement of the meter structure. Linear.
Simplifying current monitoring with a suitable diode in series with the negative terminal of the power supply results from monitors, batteries, fixed and variable resistors, and calibration points for the DMM combination (right). Although the meter is not very good, the benchmark (left) is a good reflection of the actual situation.
Note that I refer to this as a "monitor" rather than a "meter". The latter term should have better precision for me. Either way, I'm now embedding these circuits into most of my development projects and even production testers. They are useful for finding faults and problems, ranging from short-circuiting the power line to the wrong-coded pull-up pins.
To finally facilitate current monitoring, simply connect the appropriate diode in series with the negative terminal of the power supply and monitor its forward voltage drop. After some simple calibration, you can monitor the supply current in full synchronization with the other parameters you want to detect. 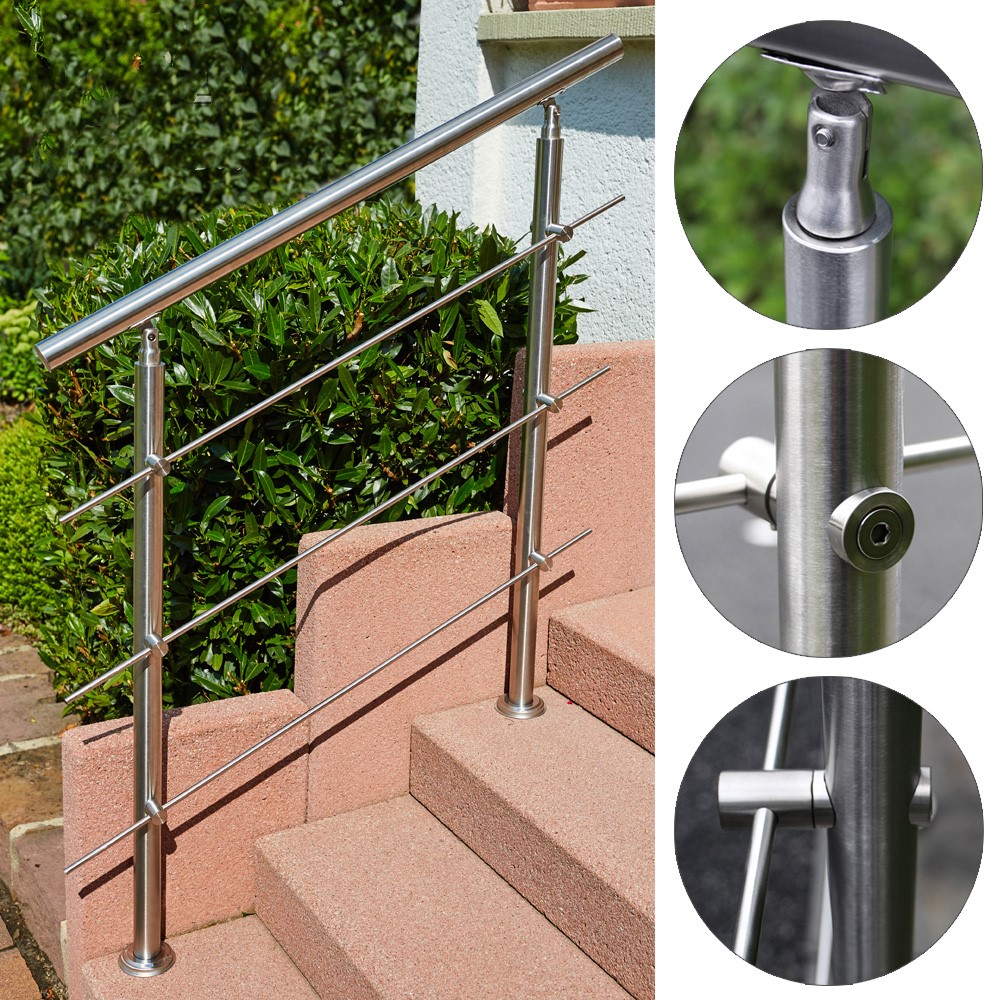 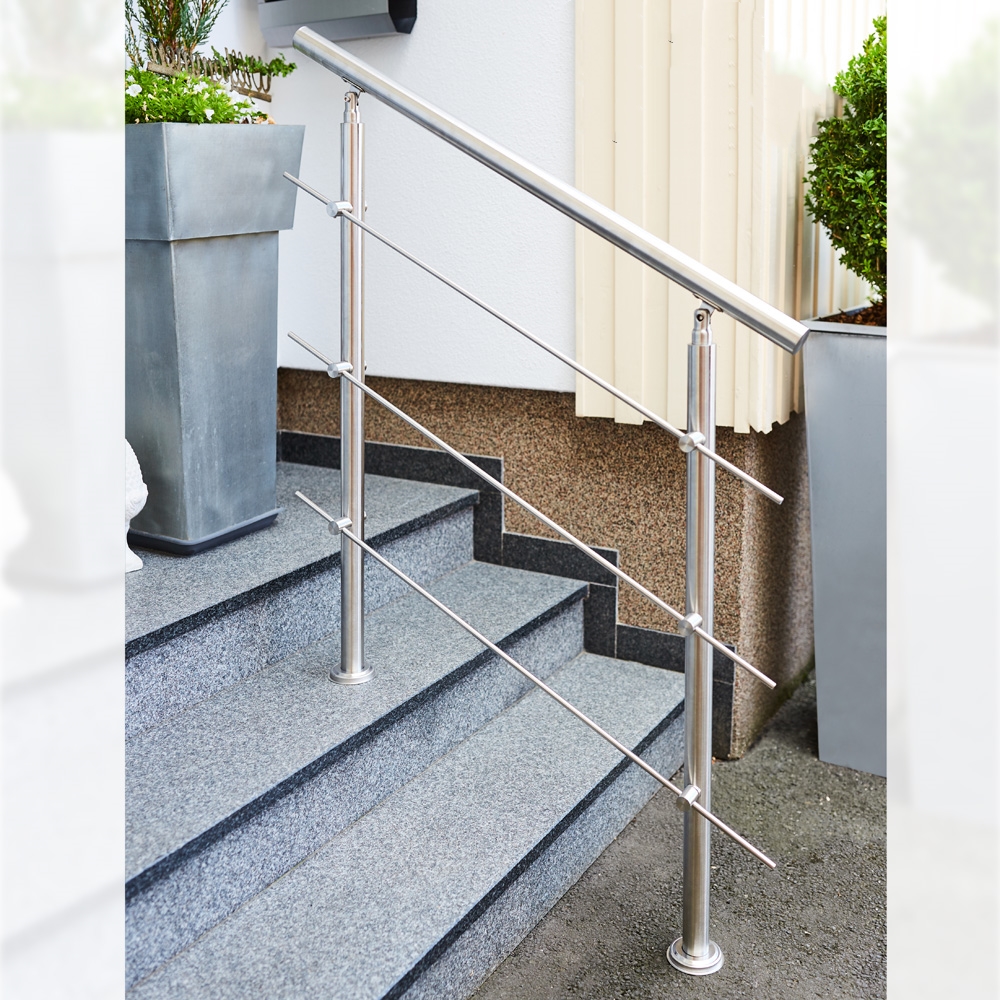