Prof. Sun Baoquan of the Institute of Functional Nano and Soft Materials, Soochow University, and Prof. Sun Xuhui's research group have published papers on ACS Nano. Hybrid solar panels based on Triboelectric Nanogenerator (TENG) technology can be developed on sunny days. In rainy weather, electricity can be generated and stored, and electricity can be collected in rainy weather using frictional nano-generation efficiency generated by the movement of raindrops on the surface of the material. 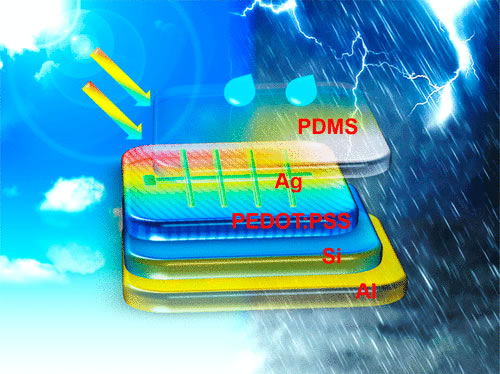 Self-powered sensing systems based on frictional nanogenerators can use external environmental mechanical vibrations to generate electrical energy for power supply. In this case, researchers collected the friction generated by the falling motion of raindrops on the surface of solar cell materials, and hybrid solar energy. Dimethicone polymer was used for the top layer of the panel, while poly(3,4-ethylenedioxythiophene)-polystyrene sulfonic acid (PEDOT/PSS) was used for the next layer. The top layer is activated when the raindrops fall, the polymer is in contact with the next layer, and the PEDOT/PSS film acts as a common electrode for both, allowing the friction nanogenerator to power the solar cells directly, allowing the latter to be collected from the former. Electric energy. On sunny days, the materials are transparent to ensure that the photovoltaic cells can normally collect solar energy.

This Medical Film is mainly used in hospital radiology department, CT nuclear magnetic field and other departments, and is mainly used to replace the traditional silver salt film and thermosensitive film.Divided into inkjet film and laser film.

It is also widely used in Industry application