Introduction to the advantages and disadvantages of tempered glass

The first is that the strength is several times higher than that of ordinary glass and it is resistant to bending. 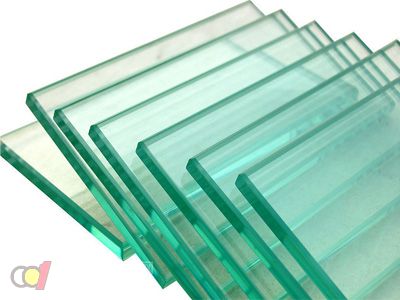 The second is safe use, and its load-bearing capacity is improved to improve the fragile nature. Even if the tempered glass breaks down, it will show small fragments without sharp angles, and the damage to the human body is greatly reduced. The tempered glass has better resistance to quenching and rapid heat than ordinary glass. It has a 2~3 times improvement and can generally withstand temperature changes above 150LC, which has obvious effects on preventing thermal cracking. It is one of the new types of glass.

Safety: When the glass is destroyed by external force, the fragments become small, obtuse-angle particles resembling honeycombs, which are not easy to cause harm to the human body.

1. The tempered glass can no longer be cut and processed. The glass can only be processed to the required shape before tempering, and then tempered.

Avoidance measures: After glass tempering, the surface strength of the glass surface is 3 to 5 times higher than that of ordinary glass, but the tempered glass corner is relatively fragile and may break after being subjected to external force. In addition, if the outside temperature changes frequently, tempered glass may also self-explosion. Relevant persons are reminded that when using tempered glass products, they should be careful not to bump the corners. It is recommended that the temperature of the glass should not be changed drastically to avoid self-explosion.

Scope of application: Since the tempered glass is broken, the fragments will break into uniform small particles and have no common glass knife-like sharp corners. Therefore, it is called safety glass and is widely used in automobiles, interior decoration, and high floors. window.

Uses: Mainly used in emergency situations to break glass escape with a hammer hitting the glass handle tail blade for cutting the seat belt to escape.

How to use: The safety hammer mainly uses its conical tip. Since the contact area of â€‹â€‹the tip is small, the pressure of the contact point against the glass when using the hammer glass (not the pressure, but the pressure per unit area) Quite large, this is similar to the principle of the pushpin. The film is easily punctured, and the car glass is subjected to a large external force at this point to cause slight cracking. For tempered glass, a little cracking occurs. This means that the stress distribution inside the whole glass is destroyed, so that numerous spider web cracks are generated in an instant. At this time, the glass fragments can be removed by gently rubbing with a hammer.

In addition, the middle portion of the tempered glass is the strongest, and the four corners and the edges are the weakest. The best way is to hit the edge and four corners of the glass with a safety hammer, especially in the middle of the upper edge of the glass. Once the glass has cracks, it is easy to smash the whole glass.

1. Increased strength: After tempering, the mechanical strength, impact resistance and flexural strength of the glass can reach 4-5 times that of ordinary glass.

3. Improved safety: After the tempered glass is damaged, it will quickly show tiny obtuse-angle particles, thus maximizing personal safety. Applications: Furniture, electronics and electrical industry, construction, decoration industry, bath rooms, automobiles, escalators, and other places where safety and temperature differences are particularly needed, and can be used as the original film of insulating glass and laminated glass.