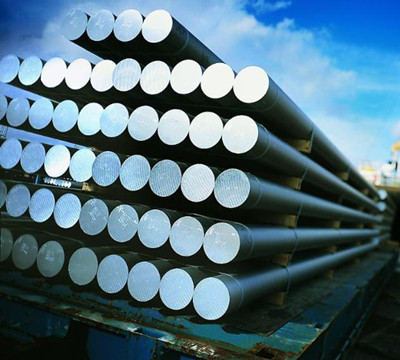 In response to a reporterâ€™s question on March 17, Premier Li Keqiang stated: â€œNo new government-owned buildings and halls are allowed in this government.â€ The following day, the building decoration sector was collectively frustrated. Two of the five listed companies fell below the limit. The reaction of relevant persons in the industry to this news is relatively optimistic.

Jin Hao stated on the investor platform: â€œThe companyâ€™s main business is public equipment, but the proportion of government-owned building and museum projects accounts for a small proportion of the companyâ€™s projects. The companyâ€™s contract to undertake government-owned building and museum projects from 2010 to 2012 Amounts were 459 million yuan, 792 million yuan, 461 million yuan, which accounted for 6.09%, 6.61%, and 2.69% of the total contract value for the year. Macroeconomic policy adjustments will have a certain impact on each industry, and the company will also actively respond to various Change, make peace in time, adhere to a stable business strategy, and achieve a steady growth in performance.â€ A person in charge of the Yaxia Securities Securities Department also said: â€œAt present, the companyâ€™s business in this area accounts for about 10%, the companyâ€™s main business and rail transit, headquarters The major projects related to the building and so on are limited by the above information."

The reporter also learned that the number of government projects undertaken by Hirota in recent years is only about 5%, and the proportion of projects in the pure building and public halls is even smaller. Its business is mainly concentrated in five-star hotels, large-scale commercial complexes, Residential decoration and rail transportation, museums and other projects.

GF Securities analyst Tang Xiao pointed out that the decline in the building decoration sector reflects more of a market sentiment vent, the limited construction of government buildings and halls did not change the nature of the industry and the leading company's competitive advantage. In fact, from the fourth quarter of last year, the number of newly-built government buildings in various localities has decreased, and this has been reflected in the orders of public companies; this time, Prime Minister Li Keqiang has only formally put forward on public occasions; Against a backdrop, private enterprises may undertake more architectural decoration projects. At the same time, leading companies still have many advantages such as brands and funds, and the industry is still developing in a more standard direction, and the market concentration is still rising.

Tang Xiao also stated that the decline in the number of individual stocks for architectural decoration has already begun. The economic scale of major listed companies is basically in place, and the growth rate of profits will converge with the growth rate of income. Under the background of a slowdown in the growth of the industry and a slowdown in the company's revenue growth, the profit growth rate and valuation system will likely be the next step, and the industry valuation is expected to remain at a level of 15 to 20 times PE (dynamic price-to-earnings ratio).

From an industry perspective, the fundamentals of the current building and decoration segment have not changed significantly, but the decline in the sector may bring investment opportunities for high-quality stocks. The research report issued by Guotai Junan also pointed out that policy factors have temporarily suppressed the investment sentiment in the sector, but the business situation is in a good position and will usher in a follow-up upside, and â€œupgrades Jinsheng and Yaxia shares to increase holdings and maintain the increase in the number of shares in Guangtian. Holding rating, as well as the cautious holding rating of Hongtao and Ruihe shares."