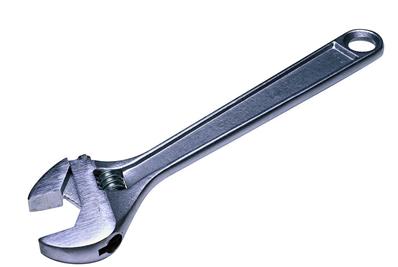 Imagine you are the owner of a business. Your company's products are top-notch regardless of raw materials or craftsmanship, but you don't have your own brand. You either continue to rely on other people's OEM orders to achieve the normal operation of the company and maintain it; or invest a lot of resources to run your own brand. To declare war on entrenched brand names, the outcome is unknown. What kind of choice would you make in the face of this situation?

OEM or autonomy? This inevitably tangled multiple-choice question has become the current collective test of the Chinese tool hardware industry!

Big but not strong dilemma Throughout the history of the development of the Chinese tool hardware industry, it can be said that it is a trade history of OEM OEM. After this fluctuating domestic and foreign economic environment and the uneven development of the industry, when will it be possible to have its own internationally renowned brand? Has always been a lingering question mark in Shi Lanlan.

As the executive deputy chairman of the China Hardware Association and president of the Tool Hardware Branch, Shi Lanlan has a lot of feelings about the industry she has been in contact with for more than 30 years. From the exploration of the initial period of reform and opening up, to the country's retreat of the people led to the tide of corporate restructuring, and then China's accession to the WTO after the rapid growth in exports, China's tool hardware industry has come out of its own development path, can be described as brilliant.

According to customs statistics, China's tool hardware exports have maintained double-digit growth for many years. In 2012, the total value of China's tool hardware industry exports was 11.409 billion US dollars, a year-on-year increase of 11.06%; the number of export countries and regions reached 215, mainly in the United States, Germany, Japan, Hong Kong, Russia, the United Kingdom, Australia, Canada, the Netherlands, India, etc., while exports to India and Australia increased by more than 20% year-on-year. From January to September 2013, the total amount of import and export of tool hardware reached US$13.865 billion. Among them, the value of exports was 9.337 billion U.S. dollars, an increase of 8.38% year-on-year. Overall, China has now become the world's largest tool manufacturing base and industrial cluster, accounting for about 50% of global tool exports.

Although Chinaâ€™s tool hardware manufacturing industry has steadily assumed the number one spot in the world, Shiâ€™s heart still has a mindset that Chinaâ€™s tool hardware industry lacks its own national brand. Many of the tools and products sold on the European and American developed countries' markets are made in China but they are foreign brands. Although Chinaâ€™s tool products are accepted by consumers in terms of quality, brands have never been able to gain recognition. Faced with OEM or autonomy, Shi Zhilan's answer is very certain. At this stage, it is necessary to develop independent brands. For many companies in the industry, the development of independent brands is not an easy thing to do. Not to mention the international market, it is not easy to promote independent brands in the domestic market.

Domestic business is not good. This is the biggest feeling of Bao Jiangang, the chairman of Ningbo Jiejie Tools Co., Ltd. ten years ago. In 2004, Bao Jiangang tried to make his own day in the domestic market, but he was surprised that because of the lack of control over the brand and channels, plus the dealer's dishonesty, in a short period of time, he This has paid a terrible price for this. Since then, Bao Jiangang has given up the domestic market and devoted himself to expanding the international market.

Recalling the failure experience of the domestic market that year, Bao Jiangang believed that the main reason was when the marketing channels were not mature. In the exchanges with industry figures, China Mechatronic Industry Co., Ltd. learned that in the years when domestic sales companies suffered setbacks, foreign tool hardware brands have been driven straight into China and have not encountered the same obstacles. Faced with the same marketing channels in China, why do foreign brands have the power to tap into the market, but Chinese companies can only rely on OEM to develop?

The key point is that the independent brands have no visibility! Shi Lanlan said that many Chinese companies that try to make mid- to high-end tool hardware have the same feeling: Products developed and produced from their own factories are sold 10 times more in the market because they are affixed with a foreign brand. Unknown independent brands, even if the product quality is no better, have not been able to compete with foreign brands.

Efforts by Independent Brands Although there was no direct competitive relationship between China's tool hardware manufacturing companies and foreign companies in the early years, with the increase of national income and the promotion of global economic integration, combined with the upgrading of domestic companies' industries and the grabbing of high-end markets The awareness and aspirations to improve international competitiveness have become stronger and stronger. The competition between domestic tool companies and foreign leading companies has finally emerged, and the Chinese market has become a battleground for military strategists.

Although OEM is not a rational choice, at least in the short term, it is quick and there is no great risk. However, some excellent domestic tool companies are not satisfied with doing OEM work for others, and have begun to try their own brands.

It is the so-called Hedong for 30 years and Hexi for 30 years. Even Bao Jiangang had never thought about himself. After many years, he would again regard the domestic market as the focus of the development strategy of the Jiejie tool. As a 'factory in the world', the potential demand for tool hardware is very large. We should not abandon the Chinese market. There are not a few entrepreneurs who have the same ideas as Bao Jian. According to Shi Weilan, more and more domestic tool hardware companies are paying attention to product upgrades and promoting the development of independent brands.

Wendeng Power Tools Group Co., Ltd. is undoubtedly an outstanding representative. As the world's largest manufacturer of adjustable wrenches and the largest manufacturer of pipe wrenches, sockets, and disconnection pliers in the world, Wendeng Power began to transfer to the domestic market in the second half of 2009. General Manager Teng Weibing of Wendeng Power Malpai told China Mechatronics Co., Ltd. Through the hard work of the past few years, Wendeng Power has now been awarded the first national certified enterprise technology center in the national tool hardware industry, in addition to its own brand. MAXPOWER has grown rapidly since it registered in 2009. According to reports, in 2008, Wendeng Power's sales in the domestic market was only 10 million yuan. By 2009, this figure had increased to 36 million yuan. Today, the sales of domestic tools have exceeded 100 million yuan. At present, the sales of independent brands are not large at Wendeng Power's overall sales scale, which is less than 10%, but the future development trend is very good and it is expected to achieve further growth. Teng Weibing said.

Unlike the tool companies that have worked hard in the hardware industry for many years, Shanghai Ubay Machinery Co., Ltd. founded by Yue Erying seems to be able to better understand the pulse of the industry. Regarding self-owned brands, Yue Erying insisted. This female entrepreneur with extensive industry experience successfully launched his own brand, Notte, into the high-end market in Germany shortly after the establishment of the company. Nortelâ€™s presence in the domestic high-end industrial sector has also been achieved. According to Shi Weilan, Yue Erying had also categorically refused because the US market demanded that he lower prices. She preferred to abandon the US market and was unwilling to reduce the positioning of Norte's high-end brands.

Although it has already lit up the sparks of the stars, as the independent brands have only just begun, Chinese users have not fully understood their own brands. Domestic users, especially those in the industrial field, did not have much contact with self-owned brands, and their quality and service were not enough to trust. This has also become the main reason why the development of China's tool hardware brands is still blocked. The pace of propaganda for self-owned brands should go a little further. We should not be self-conscious, but we should let users in the industrial sector understand the advantages of Chinese branded tool products. Shi Lanlan made it clear that the China Hardware Products Association will do more brand promotion work, so that users in professional fields such as aerospace, shipbuilding, vehicle maintenance, etc. can understand the domestic self-owned brands and trust domestic products, and eventually form a pallid trend in the domestic market. , and with China's own brand really go to the world.