Significant progress has been made in using new principles of solar cells other than pn junctions. It can be said that the conversion efficiency exceeds the limit of the Si-type solar cell and is one step closer.

New solar cells are developed by researchers from the National Institutes of Science (INRS), the University of Rome Tor Vergata, and McGill University in Canada. The researchers used an oxide material with properties such as strong dielectric properties* to prototype a solar cell device with 8.1% conversion efficiency.

The ability to surpass the limits of Si-based solar cells is primarily due to the principle of power generation. The principle of separation of current-carrying pairs of electrons and holes generated with light in the semiconductor material is very different from before (Figure 1).

The picture shows the difference in the principle of power generation between the new solar cell and the existing solar cell. The difference is that a method of separating the paired carriers of photo-excited electrons and holes is used. A Si-type solar cell or the like separates carriers (a) using a pn junction, and an organic solar cell separates carriers (b) mainly using materials having different LUMO and HOMO. Dye-sensitized batteries are also (b) almost like this. The new type of solar cells do not use pn junctions at all, but separate carriers by the internal polarization of spontaneous polarization. In this way, it is expected that the power generation performance of solar cells will be greatly changed by the band gap limitation.

Conventional solar cells use a combination of p-type and n-type semiconductors (pn junctions) to separate carriers. New solar cells do not use pn junctions at all. Instead, they use spontaneous polarization characteristics that are retained in ferroelectric materials. The grains and grain boundaries separate the carriers.

Solar cells based on this principle have four major advantages: (1) Conventional solar cells can only separate carriers in the depletion layer near the pn junction, while new solar cells can separate carriers in the overall material; (2) In the past, the electromotive force of solar cells was equivalent to the band gap, and the new solar cell had no such limit. (3) The cost of producing high-purity Si single crystals was reduced by using oxide materials; (4) Loading from the outside of the device A certain electric field can reduce the polarization to zero.

INRS et al. stated that using the properties of (1) to (3), the conversion efficiency exceeding the limit of the existing Si-based solar cell can be realized at a low cost in the future, and the limit conversion efficiency of the existing Si-based solar cell is 34%. Moreover, the use of the nature of (4) is also expected to achieve a completely new function, that is, to control the output of the solar cell electronically within the element.

This power generation principle was proposed by researchers at the Berkeley Lab of the U.S. National Institute of Technology in 2010. Later, as potential candidate materials, the lead zirconate titanate (Pb(Zr,Ti)O3:PZT) and barium ferrite (BiFeO3:BFO) with higher potential were studied. Both of these materials are perovskite oxides and are ferroelectric materials (Figure 2(a)). It has been confirmed that these materials have a piezoelectric effect that converts stress into an electromotive force. This time, we have further found that it has the effect of converting light into an electromotive force. Note 1). 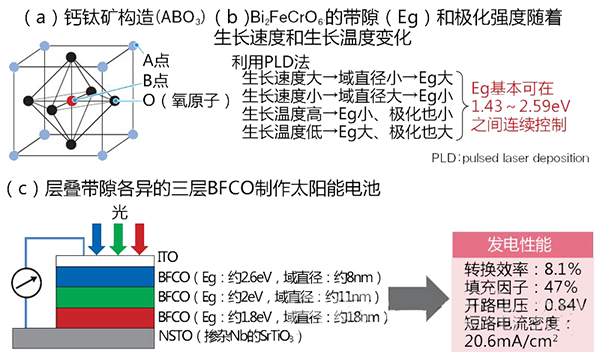 Figure 2: Bandgap can be controlled by crystal growth conditions

The research group of INRS et al. produced a new type of solar cell by changing the growth conditions and composition of the perovskite-type oxide Bi2FeCrO6, and laminating three layers with different band gaps. Achieve up to 8.1% of the value.

Note 1) Recently, the â€œdyeâ€ of dye-sensitized solar cells uses a perovskite-type solar cell with a perovskite material (containing organic materials) to achieve a conversion efficiency of 20.1%, and this time all inorganic materials were used. And the element construction and power generation principles are also different.

However, until recently, the efficiency of converting solar energy into electricity was only 1.25% at the highest, and there is still a long way to go before replacing existing solar cells. One of the reasons is that ferroelectric oxide materials generally have a large bandgap and pass through more than half of solar energy.

The reason why the new type of solar cell can succeed in greatly improving the efficiency is because the use of BFCO reduces the bandgap value and can use more solar energy. Moreover, by changing the conditions for crystal growth, a material having a target bandgap can be produced.

By controlling the diameter of the polarized grains, INRS can freely design and fabricate the bandgap of BFCO thin films in the range of 1.43 to 2.59 eV. Actually stacking three layers of BFCOs with different band gaps to make solar cells obtained this value. (Reporter: Nozawa Tetsuru, Nikkei Electronics)

1. The guide rail is rectangular;
2. It has the characteristics of large bearing capacity, good stability and low deflection.
3. Use the fork to lock the column device to prevent the skateboard and the beam from falling, to prevent the accident from causing the beam to fall.
4. It is widely used in the automatic welding processing of large-scale cylinder workpieces and structures. It is an automatic and efficient auxiliary machine that guarantees welding quality, improves production efficiency and improves working environment. 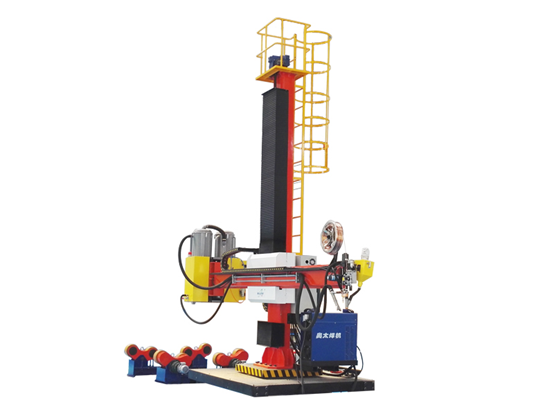