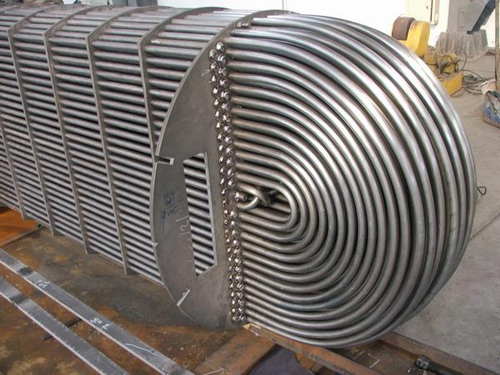 Titanium is good! That is because the application of titanium metal is becoming wider and wider. Titanium alloys are widely used in marine, automotive, aerospace and other fields. This promotes the use of titanium and soars.

Comprehensive interviews and refinements were used to rationally analyze the true status quo of the tragic and hi-spiritual coexistence among Chinese titanium industrial enterprises in 2014, the subtraction of subtractive addition method, the strength of superior and inferior players, and the high and low ratio of rough seas.

Half of the flame: Titanium is better!

The excellent properties of titanium and titanium alloys have been well-known in many fields, and their application effects have been recognized. It is no exaggeration to say that the development prospects and applications of titanium are gradually becoming more like the flame of passion burning. Titanium's rising industrial characteristics are increasingly evident.

up in the air. In 2015, the C919 domestic large-scale passenger aircraft will be tested on the rear fuselage as a whole composite wall panel, widely using composite materials and light titanium alloy materials, which opens and expands the application space for the development of the titanium industry. The just-concluded China Aviation Industry Corporation announced during the air show in Zhuhai that in the next 20 years, China will need to add 5,435 civilian passenger planes. In addition, the total number of domestic large aircraft C919 orders has reached 430, has now been delivered to the front fuselage, the fuselage, the central wing, began assembly of the structure. Obviously, this is the future huge titanium industrial aviation market. At the same time, Baozi Group successfully developed and successfully tested the world's only gyroplane Eurasian 001 with a titanium alloy skeleton and has obtained foreign orders. The successful development of the C9*** aircraft and gyroplane Eurasian 001 demonstrated on one hand that China Aviation Technology has taken a new step, and on the other hand, it has also contributed to the rapid development of the titanium industry.

On land. Gan Yong, an academician of the Chinese Academy of Engineering, said at the first China (Panzhihua) vanadium-titanium industry exposition forum that with the development of science and technology and the application of new materials, titanium sponge demand will reach 200,000 tons in 2020, and titanium in the automotive sector will become a new growth point. . At present, the use of titanium in the automobile is mainly divided into two major categories. The first is to reduce the mass of the reciprocating parts of the internal combustion engine (for reciprocating internal combustion engine parts, it is important to reduce the quality of a few grams); The second category is used to reduce the total mass of the car. According to the design and material properties, titanium is mainly distributed on engine components and chassis components in new-generation automobiles. In the engine system, titanium can make valves, valve springs, valve spring seats and connecting rods; the chassis components are mainly springs, exhaust systems, axles, and fasteners. The reason why it has not been widely used in the automotive industry in the past was because of the high price of titanium alloys. With the advancement of titanium smelting technology and the gradual reduction of raw material production costs, the total amount of titanium in automotive applications will further increase.

Demand for titanium has been increasing in the air, land, and sea. In recent years, the use of titanium in the petrochemical industry will increase from 30% to 60%. With the rapid development of domestic large-scale aircraft manufacturing and the development of marine vessels, the use of titanium sponge in offshore applications may reach 50,000 tons only in the next 5 to 10 years. With breakthroughs in the automotive, biomedical, construction, 3D printing, and other fields, the increasing demand for processed titanium and titanium materials will be rapid, and the momentum will be like a burning flame.

Half seawater: Titanium is bad!

Despite the promising prospects for the development of the titanium industry, the growing application fields and the gradual increase in demand, the extraordinary development has deviated from the healthy track, and thus the co-existence of "prosperity" has occurred. Because, anything, no matter how good your quality is, how good the performance is, once you have a serious excess, you will lose a lot of price. In 2014, the titanium industrial market in China was a combination of wind and rain, and the bitterness of the sea was a lesson to be learned from the blindness of titanium companies.

After the overcapacity market does not experience baptism of wind and rain, without the reorganization and integration of the survival of the fittest, it is difficult for China's titanium industry to enter a healthy development track. At present, it is known that one state-owned and one private sponge titanium company has successively stopped production. This is a repeated pain. In the future, there will still be sponge titanium companies restructuring, closing, and restructuring in the market competition. Those private companies, such as rising talents Chaoyang Jinda who are well-qualified, quality-conscious, market-aware, and light-hearted, as well as Shuangwanwanji and Chaoyang Parkson, which form a chain upstream and downstream, will stand out in the future. The titanium processing company Baotai Group, which involves the high-end development of the military industry, and the Western Superconductors will walk more and more solidly.

However, when bitter seawater surging, the Chinese titanium industry with excess capacity is still continuing new projects. Shuangrui Wanji's new 15,000-ton titaniferous sponge project is under construction; Inner Mongolia Chifeng has an annual output of 5,000 tons of titanium sponge project. It is under construction; Wujiang Light Chemical Group annual production of 20,000 tons of sponge titanium and titanium processing projects are under preparation in the Hami Heavy Industry Park in Xinjiang; Hubei Xiantao City Government and Chaoyang Parkson Group signed an agreement to cooperate in the Shahu Primary Farm Build an annual production capacity of 30,000 tons of sponge titanium production base; Aerospace Haiying (Harbin) titanium industry signed a strategic cooperation agreement with German FT company and Korea Meili Marine Group in Harbin to build a domestic first-class titanium industry base; Dongfang Handan Industry (000962, Shares) The titanium and titanium alloy projects have been completed and put into production. It is not difficult to see that in the future, the competition of Chinese titanium industrial enterprises is still "reigned."

You believe it or not, the fact that there is excess production capacity is still there. The fact that you are still building a new titanium company is there. Challenges and opportunities are also there. If companies want to survive, they can only compete in the survival of the fittest. This is the hard truth of survival.

It is reported that during the â€œTwelfth Five-Year Planâ€ period, China will focus on the development of high-strength light alloy materials to form high-end aluminum alloys, high-end titanium alloys, high-strength magnesium alloy die-casting and profiles and plates. By 2015, significant breakthroughs will be made in the development of key new alloys. Among them, the production capacity of 20,000 tons of high-end titanium alloys was formed. Cao Chunxiao, an academician of the Chinese Academy of Sciences, said at the Forum of Aviation Material Academicians of AVIC Aviation Materials Institute in 2014: â€œThe big family of titanium includes three â€œtitaniumâ€: conventional titanium alloys, titanium-aluminum intermetallic compounds, and titanium-based composite materials. From an application point of view, it is still in the stage where conventional titanium alloys â€œstands aloneâ€, titanium-aluminum intermetallics, and titanium-based composites â€œhave to be released.â€ However, from the perspective of potential aerospace applications, â€œtri-titaniumâ€ is The era is coming." Therefore, how titanium companies do a good job of subtraction of ordinary products and addition of high-end products will result in different "sweet and bitter."

The rising titanium titanium sponge company Chaoyang Jinda, quality, take the high-end, the production of small packaging products used in military products has formed a scale, Chaoyang Jinda moved Zunyi titanium "cheese" and in the two into the high-end titanium Baotai Group of processing materials and western superconductors occupy a considerable market. The western superconductor has made the "eagle theory" of fine sub-fields, enriching the scientific and technological content of soaring wings. Baoji Group is the largest titanium alloy and titanium material manufacturer in China. It has formed an integrated production system from titanium sponge production to titanium materials, which further strengthens the advantages of high-end technology and products. Ningbo Zhuangrun New Material Co., Ltd. independently designed and constructed the "250-ton-per-year electronic ultra-low-oxygen, ultra-high-purity titanium project", which was formally put into operation. The ultra-high-purity titanium produced in China's first furnace filled the gaps in China's related industries and technologies. Developed countries monopolized this project.

Looking at the overcapacity in China's titanium industry, the surplus is not high-end products but low-end products. According to statistics, from January to November 2014, the cumulative export of sponge titanium was 5,178.519 tons, an increase of 8.075% over the same period of last year. China's export of titanium sponge is by no means the direction. It cannot leave pollution to itself, and its products are sold abroad. This is not the direction of healthy development. Therefore, how to scientifically and healthily develop the Chinese titanium industry requires the subtraction of low-end products, the addition of high-end products, and the reorganization and reshuffling of titanium enterprises in the survival of the fittest to relieve the pressure of excess production capacity.

In the future, although the use of titanium in aviation, automobile, marine and other fields will continue to increase significantly, the titanium industry in China will face â€œhalf of half seawater flamesâ€ and will continue for some time. Because there are more than low-end products and high-end products are not enough, only the "subtraction and addition" can be done, so that the bitterness of the seawater can be reduced.

Carbon Steel Pipe is made from ingot or solid round steel after perforation capillary, then through hot rolling or cold rolling .Carbon Steel Pipe has an important position in the steel industry in our country. 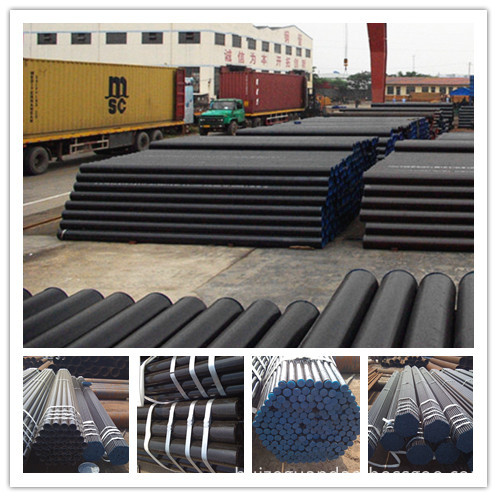 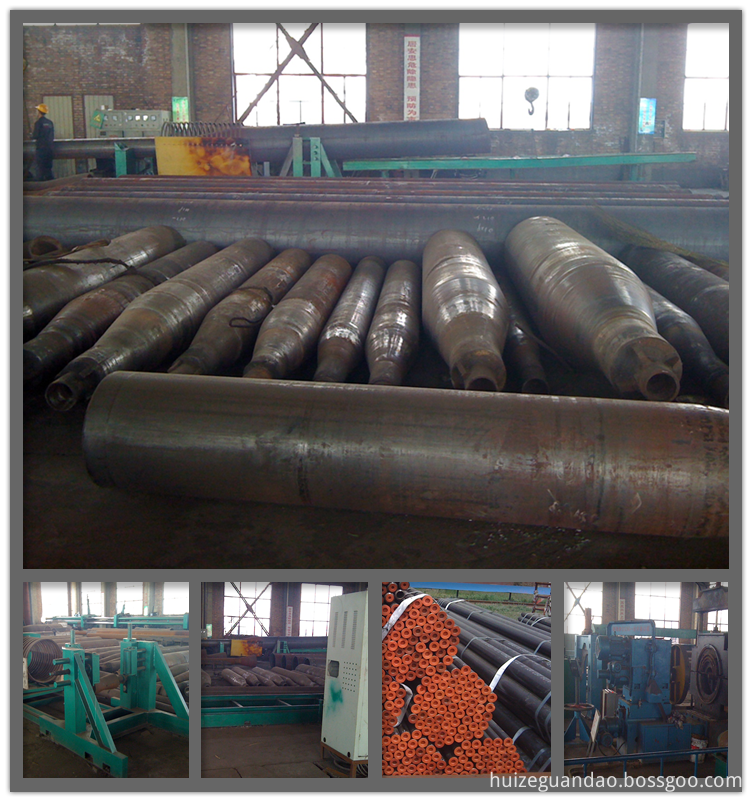